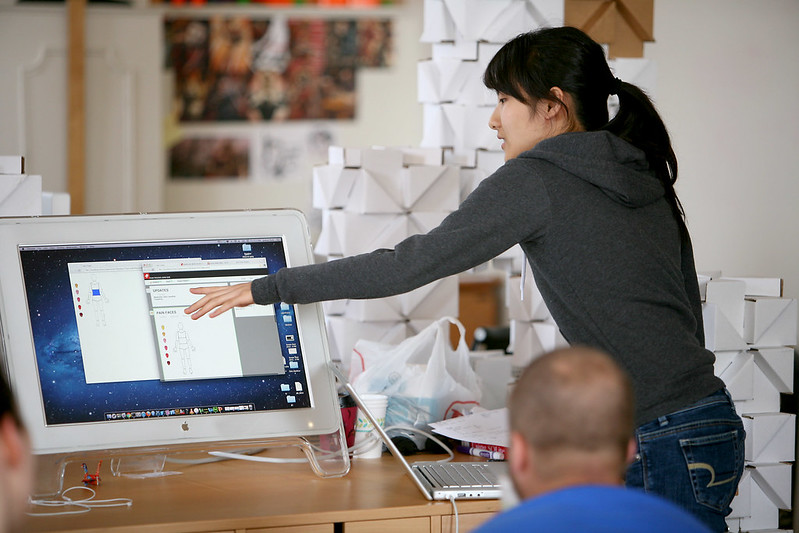 Frequently we get iOS and Android inquiries that say:

We have an idea for a very successful app. The app design is all done and the app is mostly ready. We just need a development company to build it. I would also like to mention that we are under a tight deadline and would like to launch the app as soon as possible.

No your app is not mostly done. You haven’t even started to scratch the surface yet, but you have already wasted a good portion of your valuable resources on premature design.

We have done thousands of hours of mobile development in our team and in every single one the look and feel design has never been more than 5% of the work. In fact over 90% of the work had to do with coding it and overcoming all the technical barriers and challenges. If you have commissioned a graphic designer to draw finished mobile user interfaces in photoshop the end result is sure beautiful and can be put up on your refrigerator, but it contributes very little to what we are trying to accomplish.

When we start a project we first focus on the most difficult technical challenges, because if those issues aren’t solved then you don’t have a project to begin with.

Then we design the experience by focusing on user interactions with the app and solving a problem for the user. The end result is always a wireframe which is subject to change and refinements throughout the execution process.

For the first release of an app, we provide very minimalist user interfaces and light branding. Once an app is published our job is not done yet. This app is hopefully going to be used by a lots of users, feedbacks are going to be collected, and app is gradually improved based on user feedbacks in multiple development cycles.

If we do heavy branding up front, each time that we make modifications to the user interfaces, the branding elements will get on our way. In fact most new apps do not require more elaborate branding for the first 12 to 18 months of being published and branding is less defined by the look and feel and more defined by user experience and the how well the app is solving the users’ problem.

Also a lot of graphic designers who have rebranded themselves as UI designers have very little understanding of software development and mobile development frameworks. Drawing and rearranging images in photoshop is one thing, but the designer must know the time and cost involved with every element that they draw on the user interfaces and that time and cost must be optimized according to the Client’s limited resources. That is done after the technical challenges of the project are resolved first.