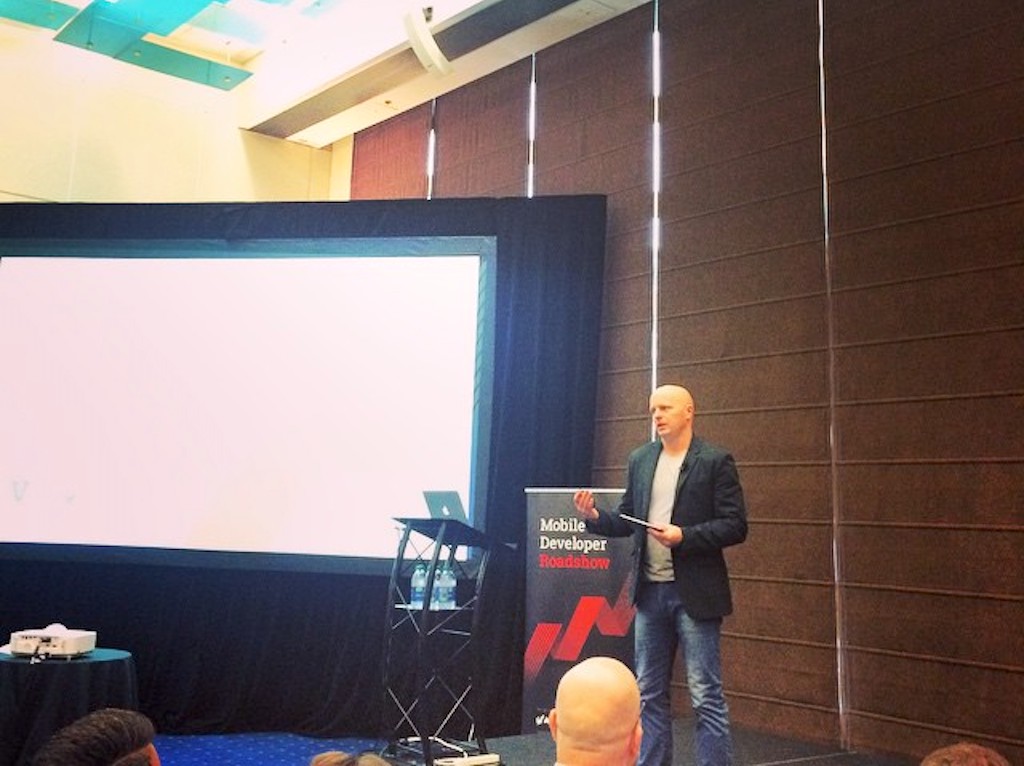 We are at the VentureBeat Roadshow Vancouver Mobile Developers event and John Koetsier just took the stage. He is giving some great numbers about the success and failure of mobile apps. More is on the way.

Rastin Mehr our CEO and President is here. Come and talk to him in person if you like. Let me us the opportunity and plug another reason that we are celebrating today. We launch another app for the world’s largest cement manufacturer today – Lafarge ePod – on the Apple app store.

Fun fact: John Koetsier was Rastin’s first and last boss that Rastin had after he graduated from university.

The current topic is:

Here are the most successful methods according to their data:

Cost Per Impression is a volume strategy but not the best one (not a surprise there). Charts show that throwing money at the problem doesn’t necessarily generate the best results and increases the cost per acquisition. Missed the social networks graph, but Facebook was significantly larger than all the other social networks combined. Apparently promoting your app on Facebook is most effective at this point. Next are Google and Youtube on the list!

The rest are almost non-existent. It’s not even a competition.

Most developers are using more than 1 analytics tool. The more successful they are, the more likely they are to use more analytics tools at the same time.

There are a lot of ways to monetize. Here are the popular ones, but most popular doesn’t mean most effective:

It also looks like developers who have published more than 10 or 11 apps tend to move away from Google, because – we think – they’ll have more sophisticated needs that Google doesn’t meet.

Advice to the small app development teams: don’t limit yourself to Google and explore other app monetization companies and strategies.

Best tips from the VentureBeat Roadshow for mobile developers are:

That’s it, folks. If there was anything new, it will get posted here. Thank you for reading our blog post.